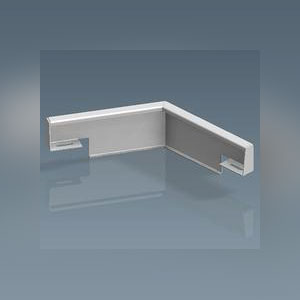 LMCurbs is pleased to introduce the all new Snow Diverter. The possibility of vents, flue stacks, or even satellite dishes being destroyed by sliding snow and ice on metal roof tops can be nearly eliminated by installing an LMCURBS Snow Diverter utilizing the S-5!® clamps, without penetrating your standing seam roof.

The LMCURBS Snow Diverter is specifically designed to divert the snow and ice away from stacks and vent pipes on metal roofs to avoid unnecessary damage. The Snow Diverter will retain the snow above the roof penetration to prevent excessive loads being applied to the penetrations.